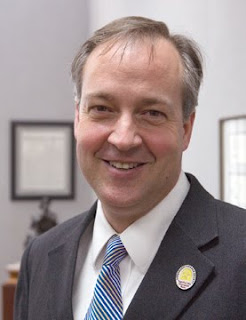 — The national healthcare debate goes on. Support for the plan with a government run public option is sparse and momentum for it’s passing never built.
That may prevent the passage of the largest healthcare overhaul America has ever seen.

The debate, however, rages on, and will likely continue until some type of compromise is met. There appears to be a consensus that changes are warranted. Scope and structure are at the heart of the disagreement.

‘Rationing’ is the most common fear of those who oppose the Congressional plans that have been proffered to date. It’s certainly not the only problematic by-product of a government run system, but it definitely resonates with scores of Americans.

Other countries with government run health systems are certainly rationing, which has brought many foreigners from countries who offer “free” care to America for appropriate treatment.

They seek better healthcare here and are willing to travel and pay for it.
Republicans and many Democrats across the country are diametrically opposed to the rationing of care.

Here’s the kicker. In Oklahoma: the most conservative state in the union, where Republicans control the House and the Senate, we already are rationing healthcare for the insured as well as the uninsured with Autism.

There’s no other way to describe it. There are medically necessary and clinically proven treatments and therapies that Doctors and Therapists prescribe that insurers refuse to cover. That’s exactly what rationing is.

Both Republican candidates for Governor, Mary Fallin and Randy Brogdon, have issued statements on their websites and in the media denouncing the rationing of healthcare.

Yet Oklahoma’s healthcare rationing has been sanctioned by the Republicans in the State legislature with their refusal to hear or pass Nick’s Law.

Nicks Law is a bill that is specifically designed to stop Oklahoma insurance companies from rationing healthcare to children and adults with autism.

It would require the insurance companies to cover therapies proven effective in the recovery and improvement of autistic children.

Speaker Pro Tempore Kris Steele, Speaker Chris Benge, Sen. Glen Coffee, et al have one leg on the dock and the other in boat.

Their tacit approval of rationing healthcare to children suffering with a debilitating illness in Oklahoma flies directly in the face of the Grand Old Party’s best and most prolific argument against nationalized healthcare.

It is the height of hypocrisy for state Republicans to oppose rationing care when it comes from a Democrat in the White House yet argue for rationing when it comes before them in the Oklahoma House of Representatives or Senate.

I look forward to Senator Brogdon exercising his newfound distaste for healthcare rationing when the next legislation session begins.

While our current healthcare system needs some re-engineering to close some small gaps, the Democrat sponsored bills for a government run health system have far too many flaws to be reasonable solutions to our healthcare woes.

Those who represent us in Oklahoma City, and those who wish to, should square their actions with their beliefs. Stop rationing healthcare in Oklahoma. Make sure the insurance industry fulfills its obligations to their paying customers in Oklahoma.

Perhaps if the states took better care of this problem, our federal government would get back to doing the things the founding fathers envisioned.