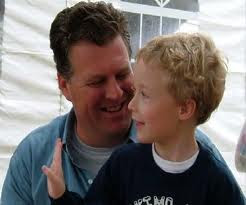 OKLAHOMA CITY – Oklahoma families with autistic children hit another roadblock this week when they discovered the GOP-led House leadership made a last-minute decision to have renewed discussion of “Nick’s Law” moved from the Insurance Committee to the Rules Committee.

The committee was scheduled to meet on Thursday and folks with autistic children had planned to speak to the committee members before learning of the switch. Now, many are having to regroup and reassess with the knowledge that the deadline to get bills out of committee is next week.

It was in January when Rep. Mike Brown (D-Tahlequah) filed a bill, HB 1624, that would allow voters to decide in the form of a State Question on the ballot as to whether insurance companies would cover cost of treating autism for children 21 and younger.

Brown spoke to Red Dirt Report from his office at the Capitol on Wednesday morning and said that the long-term costs to the state will be “astronomical” if these autistic-affected children aren’t treated appropriately before they become adults.

Brown highlighted the sad story of 7-year-old Savannah Martin an autistic child from Lawton who drowned in a pond on Sunday. Brown said the story about Savannah, featured in The Oklahoman, noted how the girl was going to New York state and receiving treatment as well as getting therapy at the ACI Learning Center in Edmond.

The point Brown was making was that autistic children like Savannah respond to therapy and that more can be done for them in Oklahoma.

“She is one of hundreds of children in Oklahoma receiving some kind of help, while others aren’t,” Brown said, adding, “And the argument that (Nick’s Law) will drive insurance companies out of state is false on its face.”

“Let the people of Oklahoma decide if they want to take care of these children now” or later, Brown said. “There is wide support (of Nick’s Law).”

Discussing this change of legislative venue with Red Dirt Report was Wayne Rohde, the father of Nick Rohde, the autistic boy who inspired “Nick’s Law” a few years ago, and has since moved his family from Oklahoma to Minnesota so Nick could get the treatment he needed when Nick’s Law failed to get legislative support.

“People are disappointed,” Rohde said, joking over the phone that he was “stuck in a snowbank” up in the Twin Cities, where he now lives. “ I planned to be there. I wanted (Nick) to come up to the Capitol. Of course everybody remembers what happened last year.”

Rohde was speaking of the decision in 2009 by the House Economic Development Committee to torpedo any chance that the House would get to vote on Nick’s Law. It was a bitter defeat for families who have children battling autism and were seeking coverage.

An attempt to reach Steele for comment on Wednesday was unsuccessful.

Even though Rohde is hundreds of miles away, he has been keeping in touch with Rep. Brown and friends with autistic children.

Rohde conceded that there is precedent that a State Question should go to Rules, but switching committees “this late in the game,” he noted, proves “They’re not interested in dealing with it.”

“Basically you run out of time,” Rohde said.

Twenty-one other states have passed similar bills into law and as noted in a recent Edmond Sun article, a poll taken in 2010 for SoonerPoll revealed that nearly 80 percent of Oklahomans favored Nick’s Law.

As reported at Oklahoma Watchdog last August, Rohde told that news website that when these Nick’s Law-styled legislation has passed in other states, “free-market health care” kicks in and “..takes over because insurance companies go out and find qualified therapists and set their own rates.”

Rohde was also quoted at Oklahoma Watchdog as saying, “Most of these states see insurance coverage for autism and other special needs conditions as a fiscally conservative approach to health care, a true pro-life position, and the morally responsible thing to do.”

And now, Rohde and other supporters of Nick’s Law are simply hoping to speak their mind and in a committee setting it’s often difficult to do.

“This is a complex issue and we need to have some adult conversations,” Rohde said. “But we’re not able to have them. It’s disappointing.”

Rohde noted how many of the states bordering Oklahoma have already passed Nick’s Law-styled legislation, with Arkansas “getting close to passing it.”

But with no one able to figure out what is motivating Speaker Steele, considering he is not returning calls to Rep. Brown or other interested parties we have learned, one can only speculate what will ultimately happen.

What Rohde does know is that if these kids – who will soon be adults – don’t get the help they need, many could end up homeless or “clogging the jails” and affecting taxpayers in the long term.

But right now there doesn’t appear to be the political will let the people decide if Nick’s Law should become law. Additionally, Rohde suspects that Speaker Steele may be holding off dealing with the autism-and-insurance issue until he is out of his current leadership position.

“I think Speaker Steele doesn’t want to address it until he terms out,” Rohde said.