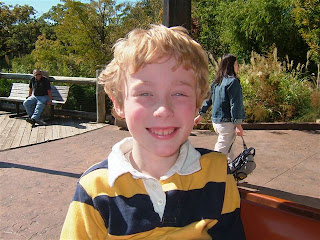 As the Oklahoma Legislature closes out the first month of this new session, I am concerned that Oklahoma is missing out on a great opportunity to say to the world, to say to this nation, that we rise above politics, we rise above the rhetoric that divides us on some many levels, and tend to the needs of those in our society are the most vulnerable, those with special needs.

For the past several years, the Legislature has seen a surge in the advocacy of parents, medical practitioners, and concerned citizens to pass Nick’s Law, legislation to require insurance companies to provide medical coverage for treatments and therapies that are medically necessary to combat the symptoms of autism.

And for the past several years, the Legislature, instead of discussing and debating the complex issue of insurance coverage for children with autism, have sided with the special interests that control the state capitol, and have continued to turn their backs on the most vulnerable members of our society.

During this session, Speaker Kris Steele, at the last moment, moved HB 1624 out of the House Insurance Committee where it was scheduled to have a public hearing, to the House Rules Committee, where it will die. This action is very typical of the House since we first introduced Nick’s Law in 2008. They find ways to kill the bill instead of allowing the members vote on the bill on the floor of the State House.

But we will not be defeated. We will not turn our backs on our children and we will prevail. The costs are too high if we don’t. Many of our children can be removed from the iron claws of autism and become self sufficient taxpayers of the future. But to continue turning our backs and kicking this problem down the road, the taxpayers will be faced with a large burden of providing state services for these children who will become adults and require around the clock care. It is truly a fiscally conservative approach to address this problem now instead of spending 20 to 30 times the cost in the future.

For those in opposition that often quote that passage of Nick’s Law will only drive up insurance rates in Oklahoma, I have this question. If so, then prove it. Show us the credible economic data that shows that Nick’s Law will drive up insurance rates significantly. I can help you with your research. There is no credible data. Simply put, in the other 23 states that passed similar legislation, there has been no significant increase to premiums.

For those in opposition that Nick’s Law is nothing more than government run health care, please look carefully at the states that implemented this legislation. I will argue that it creates a more efficient free market system after in acting this mandate. Insurance companies will contract with medical providers, creating a demand for qualified therapists and doctors to open up clinics and create hundreds of medical jobs, and provide a greater access to health care for all.

For those in opposition that Nick’s Law will only serve a small number of children, these providers will be able to serve not just those with private health insurance but those with TriCare, SoonerCare, and the self insured.

This is all evident in the states that have passed similar legislation. I will take this evidence as something that can be replicated in Oklahoma. And take a look at our neighboring states, we are surrounded by states that clearly understand this issue and have moved forward to address this epidemic. But Oklahoma seems to continue to lag behind the nation in health care rankings.

Last year, SoonerPoll conducted a statewide poll on if the voters of Oklahoma would support Nick’s Law. In one of the largest favorable outcomes, 79.5% of the voters support Nick’s Law with a surprising 70% of Republicans. This should not be a partisan issue and with this poll, it is clearly has bi-partisan support. The results show that this issue transcends across all demographics of political party, economic divisions of income levels, and religious beliefs.

But our state legislature and now Speaker Steele has decided once again to listen to the special interest groups and lobbyists instead of the voters of Oklahoma. The voters understand the issue and now it is time for the legislature to represent the people of Oklahoma, not the selfish interests. So I call on Speaker Steele to allow Nick’s Law to come to a vote of the people. HB 1624 asks for it and the people of Oklahoma demand it.
Posted by Wayne Rohde at 12:47 PM