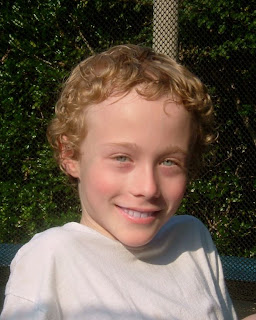 A letter to the editor submitted to many newspapers across Oklahoma.

Dear Editor:
As the parents who have been at the forefront in trying to obtain healthcare coverage for the 6,500 children in our state with autism and who helped write Nick’s Law, we would like to set the record straight on this legislation.

Autism is a medical condition. It not only affects the child’s ability to speak, socialize and process information, but in many children, severe gastrointestinal issues, the central nervous system and the immune system are compromised.

Autism’s symptoms can be very mild to very severe. Autism is treatable and with treatment, many children can lose the autism diagnosis. The Centers for Disease Control (CDC) has reported that 1 in 150 children are diagnosed with autism. The CDC has reported a utism is more prevalent than all pediatric cancers, diabetes and Aids, combined. In Oklahoma we lose a child a day to autism (450-500 year).

Nick’s Law requires private insurance companies to cover medically necessary and clinically proven medical treatments for children who have been diagnosed with autism by a licensed healthcare professional. Self-insured and federal employers are not required to abide by Nick’s Law. Small business owners may choose to opt out of coverage under Nick’s Law.

The most effective therapy, Applied Behavior Analysis (ABA) has been endorsed by the American Association of Pediatrics, Surgeon General, National Science Foundation and the Department of Education. ABA is a covered therapy under Nick’s Law. Nick’s Law has a yearly cap of $36,000.

The earlier a child receives treatment, the less therapy the child will require as symptoms lessen and in many cases, eventually disappear.

Less than 10% of the children covered will use the yearly maximum. There is no lifetime cap. Oklahomans have been told Nick’s Law will raise insurance premiums. This simply isn’t true and is a myth that is perpetrated by our opponents and the insurance lobby.

Over 23 cost/benefit studies have been performed on the cost to policyholders for autism insurance coverage. Oklahoma had three cost/benefit studies prepared. One study was paid for by Oklahoma Republican House leadership. One study paid for by Oklahoma state’s insurance provider and one was prepared by an individual whose methodology has been published in the Journal of Autism & Developmental Disabilities and used by several states that have passed autism insurance legislation.

All of the 23 studies with the exception of the one paid for by Oklahoma Republican leadership conclude the cost to the individual policyholder to be less than 1 percent, including the two prepared specificall y for Oklahoma. Nick’s Law will reduce the burden of the educational system to provide medical therapies to children, bring providers to the state, increase competition among providers, and prevent taxpayers from shouldering the burden to care for these children.

Without Nick’s Law these children will end up wards of the state with the Oklahoma taxpayer footing the bill. Now that you know about Nick’s Law, call your representatives and senators and tell them what you think is best for Oklahoma.

Great thank you. I already knew a lot of that but its great to get a refresher to renew anger.