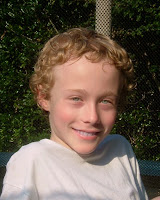 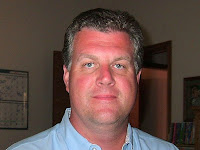 EDMOND — An Edmond family who has led the charge for autism insurance reform in the state is planning to move.

Wayne Rohde announced in an e-mail and Facebook e-mail that he, his wife Robyne and their sons, Austin and Nicholas, will move to Minnesota at the end of the month. His youngest son, Nicholas, is the namesake of Nick’s Law, which did not gain final legislative approval a year ago. The law would have mandated that insurance companies cover autism health care costs in Oklahoma, and was the center of a bitter partisan fight at the state Capitol.

“While we are very excited to go to a state that is autism friendly and we will be able to provide the greatest amount of education and medical care for our son Nick, we are saddened to leave Oklahoma and the many friends that we have had the pleasure of meeting and knowing,” Wayne Rohde wrote.

“Most of these states see insurance coverage for autism and other special needs conditions as a fiscally conservative approach to health care, a true pro-life position, and the morally responsible thing to do,” Rohde wrote.

“Through tenacity, a single-minded dedication to his son and force of personality, Wayne Rohde united parents of children with autism and was instrumental in keeping health insurance reform and accountability in the public eye and on lawmakers’ radar year after year,” Raymond said Thursday. “Before I got to know Wayne, I had become cynical about the idea that an average person could bring about meaningful change. Wayne has restored my faith in one’s ability to make a difference. I have no doubt the changes he fought so hard for will reach Oklahoma one day.”

Rohde said he encourages advocates for insurance reform to get to know the bevy of new candidates running for political office this year and to let them know where constituents stand on the issue.

“There is a tidal wave approaching our nation regarding the large numbers of children with autism becoming adults in the next three to four years. Employment, housing, long-term care and many other issues will have to be addressed,” Rohde wrote.
Posted by Wayne Rohde at 7:17 PM